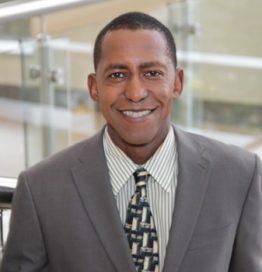 Professor (K.J.) Greene clerked for Justice James Brickley of the Michigan Supreme Court and was awarded honors for outstanding service to the court. He then practiced law at the premier Wall Street law firm of Cravath, Swaine and Moore. He subsequently joined the New York firm of Frankfurt, Garbus, Klein and Selz, where he represented clients in the entertainment industry, including director Spike Lee, the rap group Public Enemy, Geraldo Rivera and singer Bobby Brown. Professor Greene has developed a national reputation as an intellectual property scholar, where his work was among the first to explore the intersection of race, culture and intellectual property. He has published numerous articles and book chapters on copyright law, trademark law and celebrity rights of publicity in connection with the music and motion picture industries in journals such as the Harvard Journal of Law and Public Policy, Hastings Entertainment and Communications Law Journal, and Syracuse University Law Review, among others. He was selected a “Top Attorney” in San Diego in the field of intellectual property in 2005.