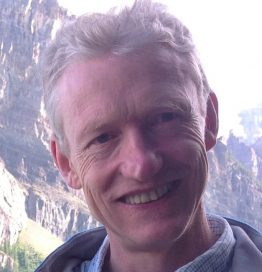 Henry Stobart is Reader in Music/Ethnomusicology in the Music Department of Royal Holloway, and founder and co-ordinator of the UK Latin American Music Seminar as well as Associate Fellow of the Institute of Latin American Studies. He studied tuba and recorder at Birmingham Conservatoire, performed with a number of baroque ensembles, and taught music in several schools, before completing a PhD (1996) at St John’s College, Cambridge focused on the music of a Quechua speaking herding and agricultural community of Northern Potosí, Bolivia. Following a research fellowship at Darwin College Cambridge he was appointed as the first lecturer in Ethnomusicology at Royal Holloway in 1999. His books include Music and the Poetics of Production in the Bolivian Andes (Ashgate 2006), the edited volume The New (Ethno)musicologies, (Scarecrow, 2008), Knowledge and Learning in the Andes: Ethnographic Perspectives, co-edited with Rosaleen Howard (Liverpool University Press 2002), and the interdisciplinary volume Sound, co-edited with Patricia Kruth (Cambridge University Press, 2000). Henry is also active as a professional performer with the Early/World Music ensemble SIRINU, who have given hundreds of concerts and recorded on many European radio networks since their first Early Music Network tour in 1992. After writing extensively on rural musical practices in the Bolivian Andes, much of Henry’s more recent research has focused on indigenous music video (VCD) production, music “piracy,” and the cultural politics of this region. Together with Michelle Bigenho (Colgate University, USA), he co-directed a National Science Foundation funded project Cultural Property, Creativity, and Indigeneity in Bolivia in collaboration with Juan Carlos Cordero (Bolivia) and Bernardo Rozo (Bolivia). This Bolivia-based workshop aimed to facilitate discussions about alternatives to existing intellectual property regimes. He is co-writing several articles on intellectual property and heritage issues with Michelle Bigenho with whom he has been awarded an ACLS Colloborative Fellowship (12 months from July 2015) to write a book on the theme of Beyond Indigenous Heritage Paradoxes in Evo Morales’ Bolivia.